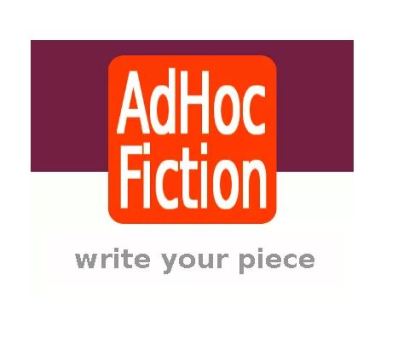 Well, it’s been a while since I’ve posted here. I’ve been working hard on Perfume Island, so I wasn’t expecting to post very often, but I did think once a week, doing Matt’s Flash Fiction Foray. But I think he must be busy as he hasn’t provided any prompts of late, so while I hope he’ll return before too long, here I am being unfaithful by switching to Ad Hoc, an initiative run by the Bath Flash Fiction Project. I came across it thanks to the excellent Damyanti Biswas, whose story, Picasso Dreams, was commended in the inaugural edition of the Bath Flash Fiction Competition (her interview about it is here). While Matt takes a song title as a prompt, here it’s a single word, which has to appear in a story of 150 words or less. Not all submissions are accepted, but if it is, it appears on the site anonymously and readers can vote on the one they like best. The winner gets a free entry into the next stage, the competition proper. Last week’s prompt was ‘float’, so my take on that is up there now. I won’t spoil the anonymity by posting it here now, but it’s a great way of encouraging flash fiction, so don’t hesitate to go along and vote.  There are 87 entries this week, so I don’t suppose many people plough through them all, studiously taking notes before choosing a favourite – a rigorous procedure, it ain’t. But if you read a few and vote for one that you like, maybe I’ll get a few votes coming my way 🙂 Not to worry if you can’t – I’ll post the story here in any case. Not next week, though – off for a fortnight travelling. 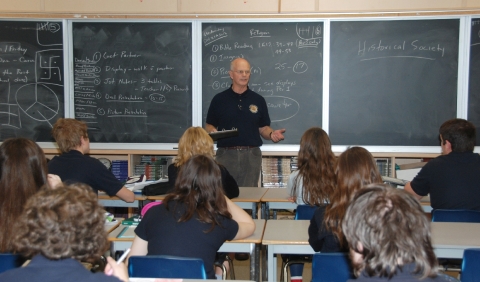 He wears flashy trainers. Likes Coldplay. Smokes. Any one of those is a turn off, but all three combined? What she sees in him is beyond me. But then, Jessie’s shallow. Must be to find a jerk like Josh cool. Josh and Jessie. Makes you think of soggy fish and chips.

He wasn’t cool in History today. Dipped a hand in his rucksack and… well, seeing how he freaked, it must have been seriously gross. And he snarls at me, ‘I’ll get you for this!’

What the…? Me? Because I sniggered? Everyone did. As if I care what she does. Jerk.

In response to Matt’s Flash Fiction Foray, where this week’s prompt was Labyrinth’s song Jealous. My thanks to Matt for hosting this – not only does it give me a chance to try my hand at flash fiction, but since I’m easing up on the blogging to finish Perfume Island, it allows me every so often to stay in touch. 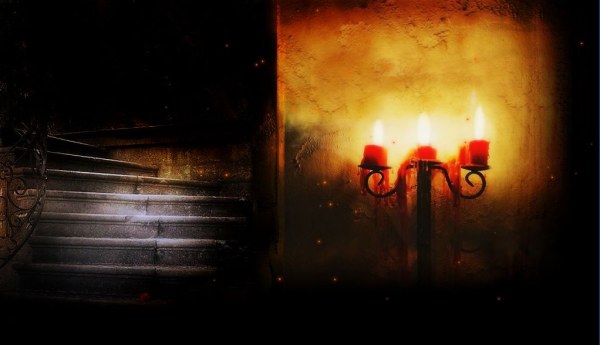 ‘We’re safe then?’ whispered the gangly one.

The fat one nodded. ‘If all goes to plan.’

‘If?’ His beady eyes glared in the shadows. ‘We’re counting on you. A fortune’s at stake. Not to mention our positions.’

‘Yes, yes. It should be over now. But I don’t know -‘ He glanced round. ‘If the you-know-what was strong enough.’

The other flapped a hand in exasperation. ‘Come!’

Footsteps echoing, they scurried through the dark, draughty corridors to the chamber. Timidly, the fat one opened the door. ‘Yes!’

Grinning with delight, the two cardinals danced a sedate jig round the Pope’s dead body.

In response to Matt’s Flash Fiction Foray, where this week’s prompt was Panic at the Disco’s Death of a Bachelor. Although this precise scene is not historically attested, many an unfortunate Pope has met with just such a fate. The most recent was John Paul I in 1978, after only 33 days. He upset more than a few with his plans to clean up the Vatican and though it’s never been proved, it’s more than likely he paid the price. Quite a risky profession all in all. 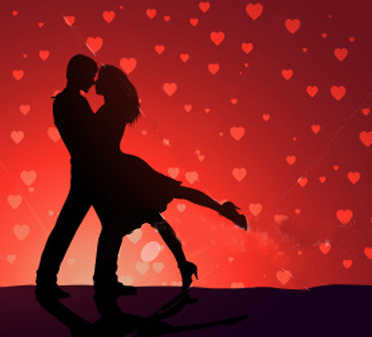 ‘My dear.’ Stan drew closer, eyes glinting. ‘I’ve never been more sure in my life.’

‘It won’t end well for you. But that,’ added Suzie with a smile, ‘is hardly my concern.’

‘Oh, let the future take care of itself. I live for the present.’ He pressed his body against her. ‘You’re just… irresistible!’

Passionately, intensely, they made love. Afterwards, Suzie turned to him, her expression a curious blend of ferocity and joy. ‘I tried to warn you…’

A few minutes later, she belched, wiped her lips and scuttled away, wondering where she might lay her eggs.

In response to Matt’s Flash Fiction Foray, where this weeks prompt was the song Can’t Help Falling in Love With You. 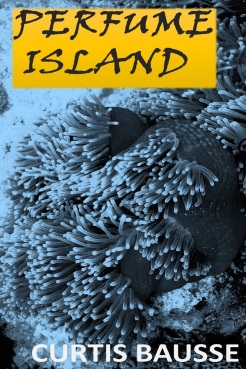 Um, Curtis, nice as it is if you to come along to be interviewed, I already have a schedule extending a couple of months. But since this is your own blog, you’ve given yourself the right to barge to the top of the list. I assume there’s a good reason for this.

I’m a narcissist. There’s nothing I like more than interviewing myself.

I take it that’s a joke, right? Actually, what I heard was that you’re stopping Pic’n’Post. Rumour has it tomorrow’s will be the last. Is it true?

Not just Pic’n’Post. The whole blog.

I’m in the middle of Perfume Island, the sequel to One Green Bottle. Not the middle, really, I’m three quarters done and I have to get it finished. I did nothing for six whole weeks over Christmas. I got back to Mayotte two days ago and I’ve just got back into the swing. I need another three months of sustained concentration. So the blog, I’m afraid, has to go.

You mean for good? After putting in all that effort?

Oh, no. I hope to be back before the summer. But we’ll see. I’m making no definite plans.

And in the meantime, nothing at all?

There’ll be posts on Curtis Bausse Books. You know,  about writing and so on. A bit more serious, though I’ll keep it light-hearted all the same. And on this one, I might make an exception for Matt’s Flash Fiction Foray. I’ve been doing it for a while and I’m kind of hooked. I’d never done flash fiction before and I find it a great exercise. Like doing a 100 metre sprint as opposed to the marathon of a novel – if you’ll accept the comparison from such a terrible athlete.

Well, yes, but it’s not a race. I set myself deadlines but it won’t be finished till I’m satisfied.

But you never are, though. Surely that’s a problem?

OK, I mean satisfied enough. It’ll never be to my satisfaction but I’ll get to the point where any changes I make aren’t going to improve it.

Very kind of you, Curtis. Thank you. 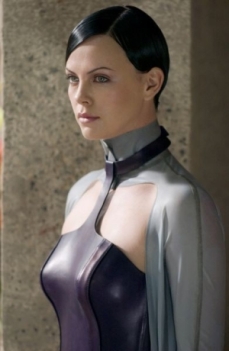 ‘And we’re Class 2.’ Jason spat the words as if they tasted vile. ‘After all our devotion to -‘

‘We should consider ourselves lucky.’ Cindy settled a stern gaze upon him. ‘Class 3 don’t -‘

‘I suppose so.’ He put his arms around her. ‘Decision time, then.’

Cindy twisted away, speaking to the window. ‘I already have. The request has been sent.’

‘What? Without consulting me? Cindy, you know I wanted…’ Jason stood, mouth open, struggling to come to terms with the person she’d chosen to be. Young and beautiful forever. And childless.

In response to Matt’s Flash Fiction Foray, where the prompt this week was the song Young and Beautiful by Lana del Rey. 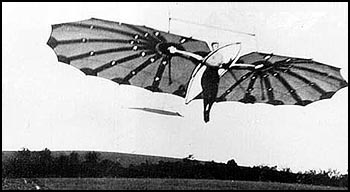 ‘Will he really, Daddy?’ The boys jostled to get a better view.

Up on the tower, the man was a speck, but they heard him loud and clear through the megaphone. ‘I open the way! After years of research and frustration, the moment has come!’

Mr. Wright did his best to hide the sight of the plummeting contraption from his sons’ eyes. Shocked and dejected, they walked away in silence.

Eventually, Wilbur said, ‘I bet you it’s possible, though.’

‘One day.’ Orville spread his arms and raced across the grass. ‘Like this!’

In response to Matt’s Flash Fiction Foray, where this week’s prompt was the song One Day Like This, by Elbow. I have to confess: historical accuracy is somewhat ignored in my story, as the Wright brothers’ inspiration didn’t come from the scene described but a toy helicopter (far less gruesome) brought home by their father. I did try pointing this out to the guys over at Warner Bros, but they threw up their arms in disdain. ‘Accuracy? Who cares about that? We need a dramatic hook, Curtis. Get to it!’ On the other hand, several pioneers did die testing their machines, including Percy Pilcher, whose hang glider, The Hawk, is in the picture. 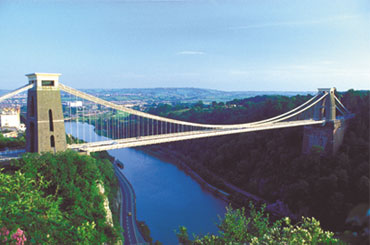 ‘What’ll you do?’ you said. ‘You’ll be all right, won’t you? Promise me.’ I didn’t want to think about it. I said I’d cross that bridge if I came to it. We both knew it wasn’t if but when.

The Clifton Suspension. Where everyone goes. If I make it across, I’ll get over you. But when I looked down, I wanted so much to be with you, I felt dizzy. Then a gull perched near, and your voice in the wind said you’d never forgive me.

I still haven’t got over you. But I’ve been crossing bridges ever since.

In response to Matt’s Flash Fiction Foray, which had the song Bridge Over You as the prompt. I wasn’t sure I’d have time to do it, what with Christmas and all, but once I’d seen the prompt, I knew it would be hard to resist! 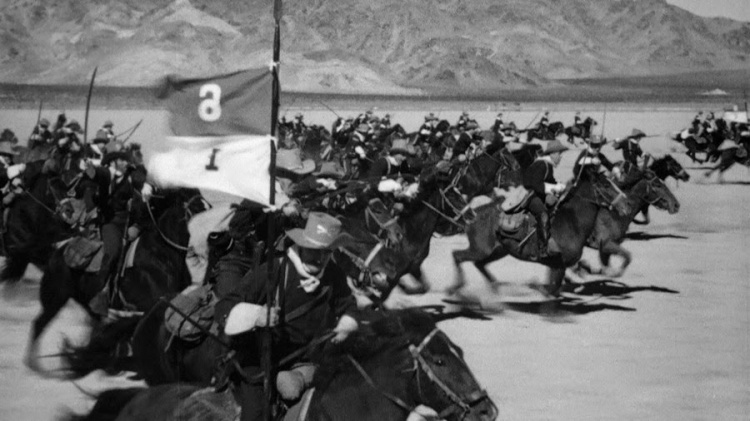 After a while it was always the same – reporters, witnesses, police outside the hotel. Same words repeated, same pictures. He switched channels: a black and white, childhood world. He heard the murmur of Julia’s voice in the next room. The embassy hot line again. He squeezed his eyes.

Then she was with him, staring at the screen, trying to make sense of it. Hastily, he switched back to the hostage crisis. ‘Anything new?’

She shook her head and turned away, defeated. The knot of anguish tightened in his chest. Oh, for the bugles, the thundering hooves, unstoppable.

Many thanks to Matt for hosting the Flash Fiction Foray. This week’s prompt was Stop The Cavalry, by Jona Lewie. 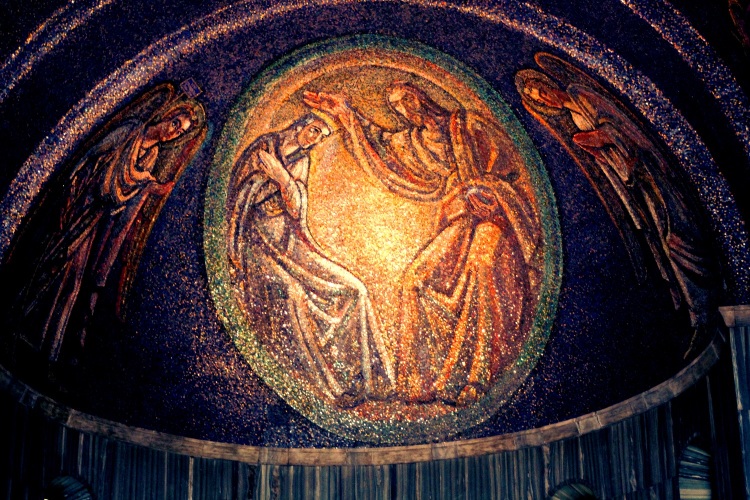 Light and dark: such comfort in the light. She was cherished, her every thought seen, encouraged towards it.

Vanessa. The way she smiled, the glow of her hair. Her lips.

Magali forced herself to answer. ‘Of kissing her, Father.’

Such terror: within her a sin she couldn’t control, dragging her into the dark.

‘Be strong, my child. Resist.’

Absolved, uplifted, Magali stood in the light, looking up. But even as her own lips moved in prayer, the thought of Vanessa’s returned. She ran outside, seized by dread at her powerlessness, the impossibility of making her imagination pure.

In response to Matt’s Flash Fiction Foray, which had the song Pure Imagination as the prompt. The title of the story is apt as I’ve been a little overwhelmed this week and there’s been no Thursday Interview, nor even Pic’n’Post. Normal service to resume next week – thanks to Matt for getting me back on track.